Critters living above the waterline with fur
Read More 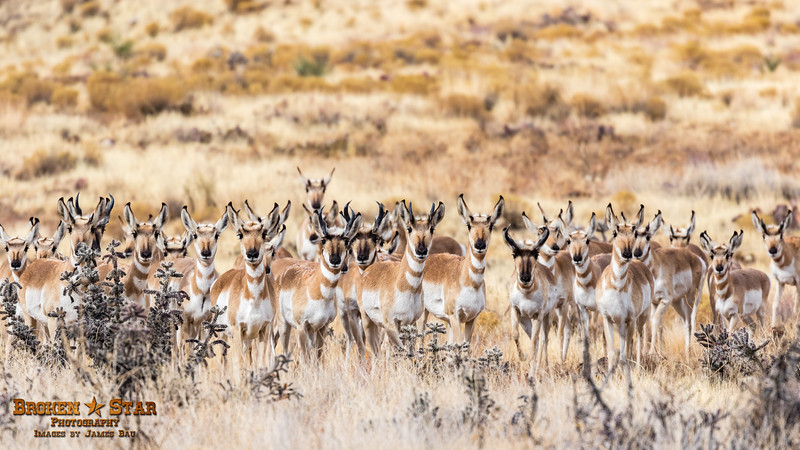 I kept telling our kids when they were in Prescott visiting that there are antelope all over the place. But, of course, when they are here the antelope are almost non-existent! (Figures!) On this special day I was coming home from town I saw a herd of them right along the main highway.

I decided that after I was going to try to get some pics of them. I started to work my way over to the area along Hwy 69 where I saw them. Of course…they were gone! I figured there was only one way they could go…UPHILL! So I started hiking to find them. Almost two miles later I found them laying down at the top of a hill. They saw me and all stood up. It was then that I realized there was somewhere between 40-50 of them!

They all stood up and stared at me. I stayed very still and they casually walked away. When they walked away, I slowly walked toward them. This made them all come to a stop and turn around to face me. They did this several times. Heck, if you put 40 people in a room you couldn’t get them all to look at you. But somehow these guys ALL stared right at me! It was pretty cool when I got this shot as they were only about 50 yards away. They had the look on the face like they were saying, “Hey buddy! You lookin at ME? HEY! YOU LOOKIN AT ME?!?!?!?!!”

I stayed in the area while the herd strolled away into the open hills. It was a really beautiful sight to see that many of them so close. Even better was they seemed to not be too worried about me, or the would have bolted away at the lightning speeds they are known for.

The photo is best viewed at full screen to show they detail in these beautiful animals! They have the longest eyelashes!!

Please complete the form below to order images.  Broken Star Photography will contact you shortly.